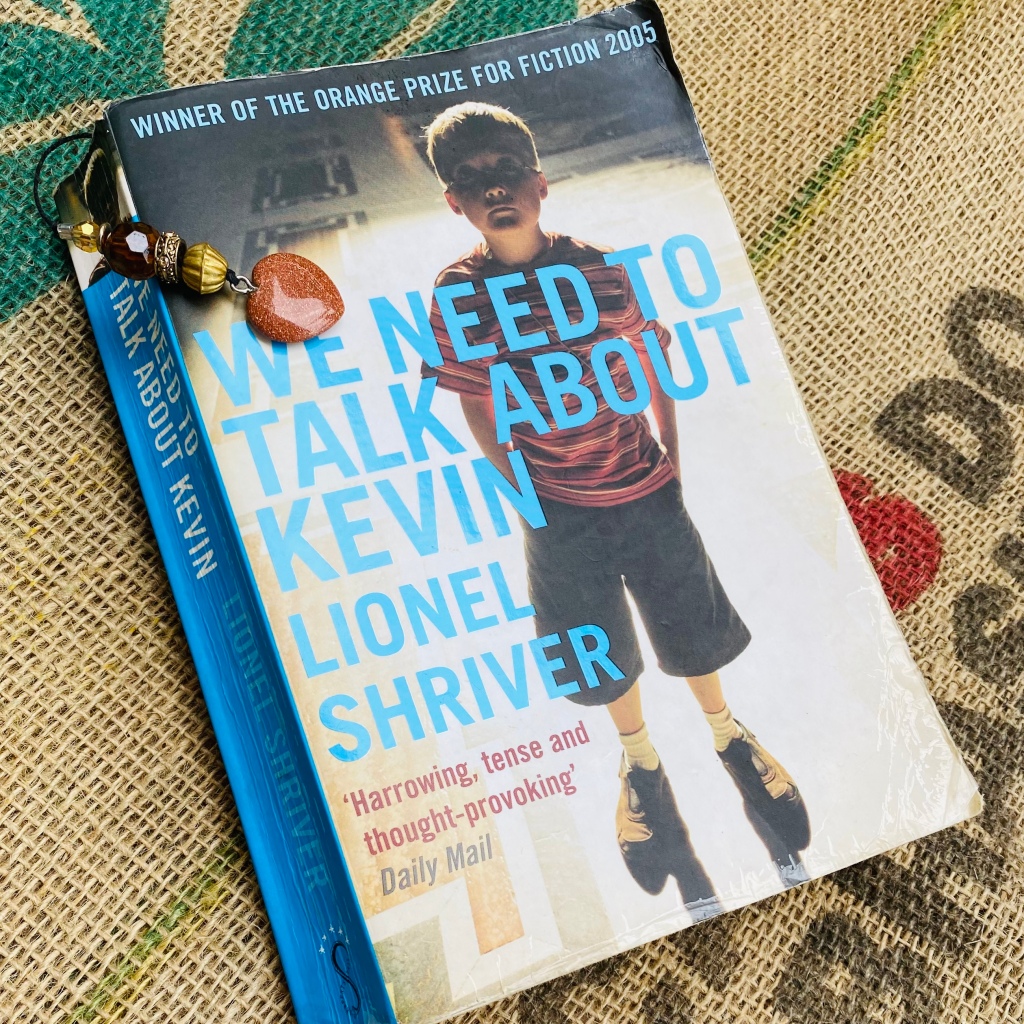 Oh my word. What an absolutely harrowing, enthralling, devastating book. I’m told there is a movie – I haven’t seen it and I’m glad of that as it would have entirely spoilt the unforgettable finale to the novel. (I do hope you haven’t seen the film before reading this because I am highly recommending this as a read!) Be warned however, the subject matter is deeply disturbing and very confronting, and on reflection I realise part of its disturbing nature lies in its unexpectedness.

Written entirely in the form of a series of letters to her husband, this is a woman’s attempt to comprehend how their son could have become what he did – a teenaged mass murderer – through re-living their lives together leading up to and subsequent to what she refers to in the end simply as Thursday. On that fateful day, April 8th 1999, three days short of his sixteenth birthday, their eldest child Kevin went to school and murdered one teacher and nine students in cold blood, and is now incarcerated in a youth facility where Eva visits him on alternate Saturdays.

A bold choice of topic for a novel, but Ms. Scriver has never shied away from the shocking or bizarre. And school shootings, while distressingly common especially in the USA, seem more particularly horrific than your ‘average’ mass murder because of the age and innocence of the victims. But the true torment for me in this were the twisting and turnings of Eva’s mind as she tries desperately to understand what went wrong, make some sense regarding who her son was, and of course, the big one, why. Was it she and her husbands fault? Or was he just ‘like that’? Because of course, the ripple effects of her sons actions have radically altered the course of so many others, including hers.

No one would want to have a son who acts like Kevin. But some people end up with one. One thing that stayed with me for a long time after reading this was an echo of the bewilderment the parents of such children must feel, and I thanked my lucky stars as a mother of six that none of them are Kevins.

I’m afraid I have already gifted this, Mum’s copy, forwards, but it’s a massive thumbs up from me, well worth finding a copy, especially if you haven’t seen the movie. It knocked me for six.

And I should add, as it’s been a while between posts – thank you so much to all my followers both here and on the Instagram and Facebook feeds. Your support and encouragement is so very, very much appreciated!