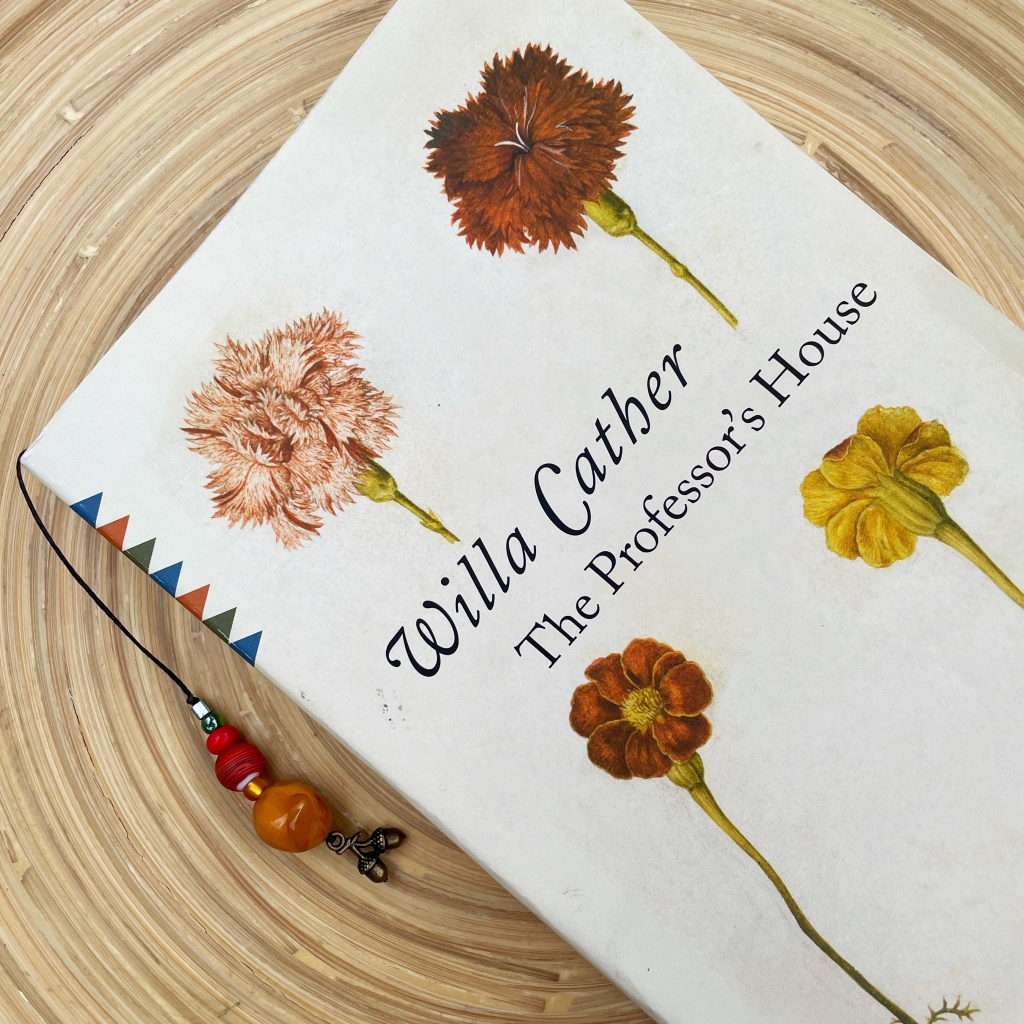 A completely new author for me, and one I’m thrilled to have stumbled across; I bought this at the rather wonderful Harry Hartog’s book shop and it is delightful. I’ve found myself reading a lot of American fiction during the past six months, none of which have I shared with you to my shame…but there’s been a lot going on!

Willa Cather was born in 1873, and published twelve novels, this one in 1925, and it is very much of it’s time. Set in a small Mid Western university town, it chronicles a period of transition in the lives of a family in a gentle and eloquent manner, with small details, like the dressmakers dummies in the Professors study because he shares it for several weeks each year with the family seamstress, making it sparkle.

One of the principal characters in the novel, Tom Outland, is in fact dead, but his tremendous impact on the family: as the Professors extraordinary and brilliant student, the first love of his daughter, and the posthumous fortune that has been made from his invention, is central to the story, as is the Professors reluctance to abandon the old family home, his treasured garden, and the study in which he wrote his books for their new, much more luxurious, residence – he lives between the two houses as he goes through a period of profound introspection.

Written in three parts over several years, Cather first wrote the middle one, the story of Tom Outland, and it really is glorious. Her writing is beautiful – no un-necessary words, yet describing the American South West and Outland’s discovery of an ancient mesa to perfection. A point is clearly drawn when Outland’s trip to Washington to seek funding for further archaeological explorations meets with bungling bureaucracy, contrasting sharply with the honesty and simplicity of the desert: nothing changes.

I’m told this is not the finest of Cather’s works, and it did end a little swiftly and with some ambiguity, but I must say that I enjoyed it, and will be looking for in particular her Great Plains Trilogy.

In the meantime… this one is ready to go to a new home, so if you would like it, please drop me a line – happy to post it to you with love from Mum and I.