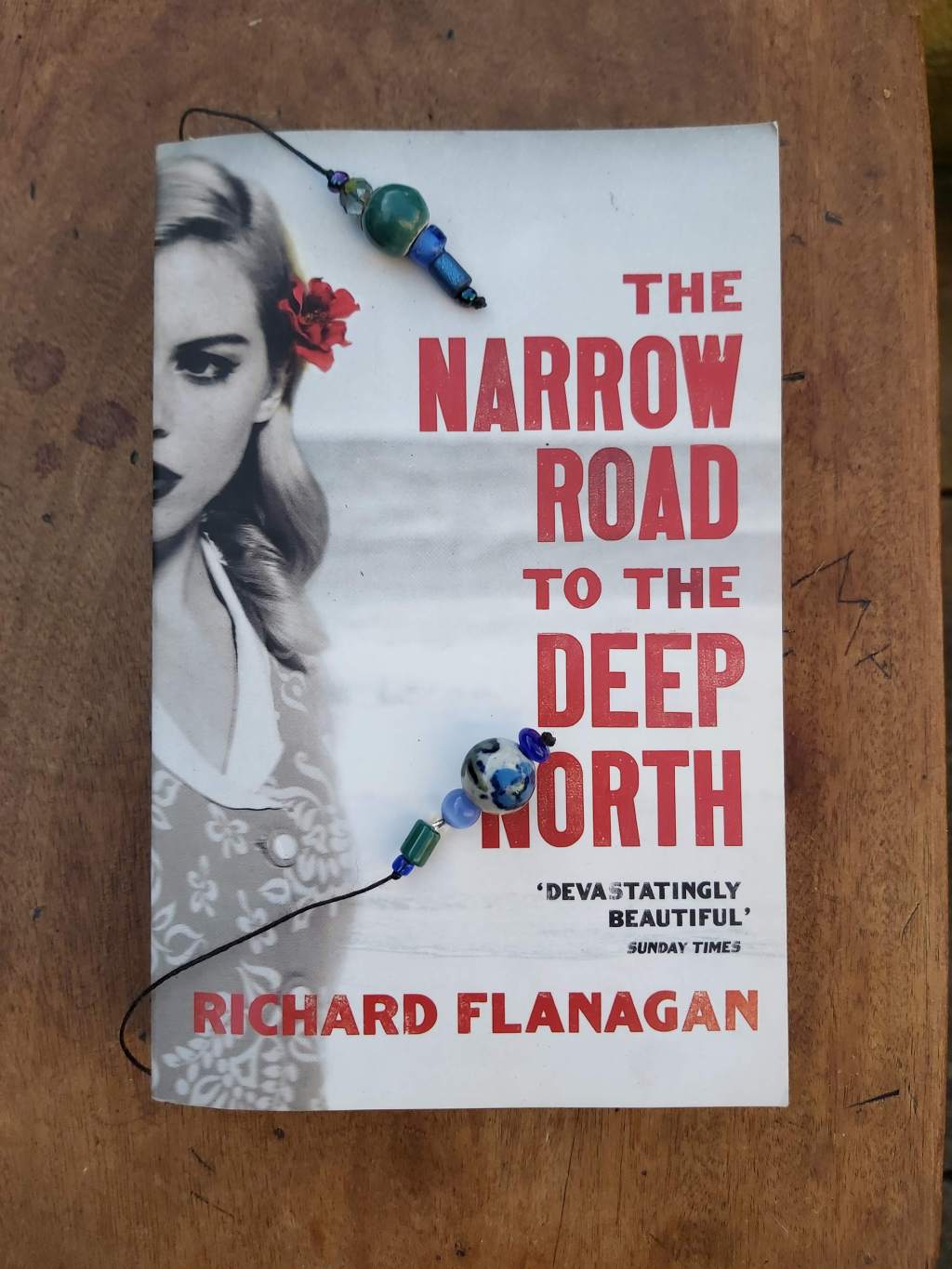 I don’t remember the last time I ended a book in tears, but I did this one. It is stunning.

It won the Man Booker Prize in 2014, which surprises me not one iota – the prose is poetic, the story is enthralling, the depiction of the POW camps on the infamous Burma Railway has a truly haunting degree of authenticity, and the level of human frailty contained within the lovely little vignettes about different characters, both Australian and Japanese, is sublime. Rarely have I read a novel this disturbing and engrossing, gruesome and beautiful. And written with so much love.

Mum read this in 2015, and I went searching for it after seeing it recommended by a friend who had just read it – I knew it was on the shelves somewhere – and I literally couldn’t put it down. I do remember her reading it, and us talking about the Australian perspective of WWII – and I wonder if part of the reason I found it so moving is my Australian side. There is a paragraph where a poignant comparison is drawn between being a POW in a German camp – pretty safe, compared to a Japanese ‘death camp’.

Two of my first husband’s uncles died on the railway – in fact, he had made a pilgrimage to their graves in what is now Thailand some years before we met, placed flowers there, and brought a photograph back for his parents; and my third son is named after them – George and Thomas, two young lads from country Queensland who were captured by the Japanese after the fall of Singapore, and sent to the railway with hundreds of others to die in the jungle. Memories of the war were still strong in the minds of older Australians when I first migrated there in the mid Eighties – and my husband escaped being drafted into the Vietnam conflict because his parents, and countless other Australians with very personal memories of the brutality of war in South East Asia, voted for Gough Whitlam in 1972, ending National Service.

Richard Flanagan is from Tasmania, and the novel is populated by Tasmanians; once again, his ability to draw a glimpse into the lives of ordinary people is highlighted with glimpses of life there in the pre war years, and having been to the West Coast of Tassie, once again it rang so true. His principal character is Dorrigo Evans, a doctor who survives the railway but who never really leaves it, as is true for many of the other characters, including the Japanese ones. It shapes his life, together with his love for his uncle’s wife…I can’t say too much more without spoiling the tale, but oh dear…I’m amazed this hasn’t been turned into a movie!

I wholeheartedly recommend this book. As always, I am going to gift Mum’s copy forward, so please get in touch, preferably on the Mums Books Facebook page, if you would like it. And if it has already gone by the time you read this – go find a copy anyway. Make sure you have snacks, because the descriptions of the starvation in the camps will make you hungry – make sure you have the freedom to weep if you need to, as I most certainly did.