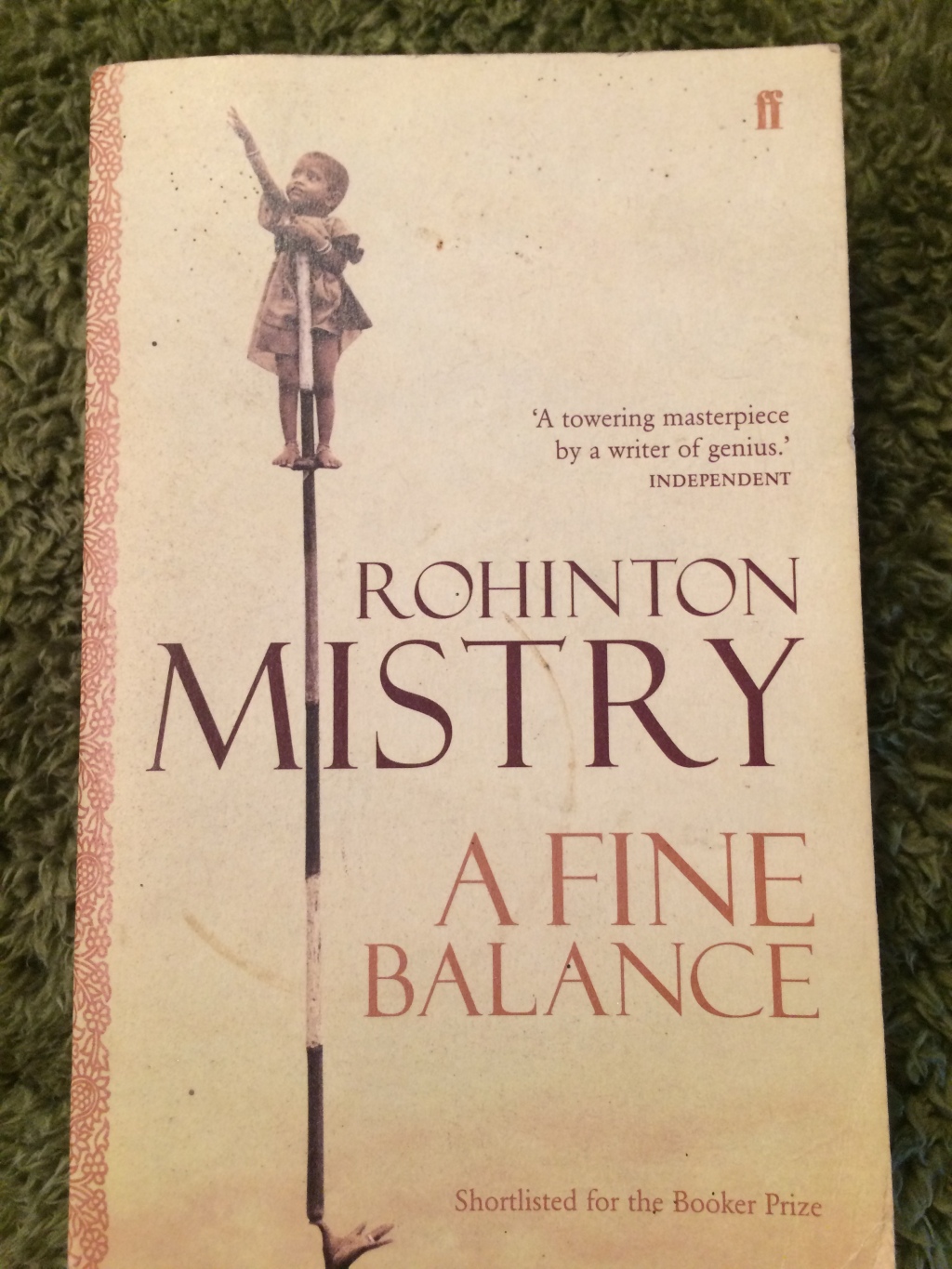 Unusually, I am proud to say that this is a book I recommended and gave to Mum. Particularly after she had retired from being a primary school teacher, it was more often the case that Mum suggested books to me – she had much more time for reading, to her great delight. I was already planning to travel to India to do some voluntary work for three months when I encountered this, (it ended up being closer to two years that I spent there, but that’s another story), and I was reading a great deal about that incredible, diverse, and always and in all ways astonishing country, both fiction and non fiction. This book stopped me in my tracks.

It will break your heart, enthral you, and enlighten you. It is without doubt one of the best books I have ever read; I have read it three times before, and did not hesitate to pick it up eagerly for a fourth round when I found it on the shelf last weekend. What a masterpiece, what a absolute treasure this book is.

It is mostly set in an un-named big Indian city during the mid Seventies, when the then Prime Minister had defied a court order calling for her resignation and instead declared a State of Internal Emergency and imprisoned her Parliamentary opposition as well as thousands of students, teachers, unionists and journalists among others. Against this backdrop of fear and endemic corruption, and drenched with the myriad complexities of Indian societies, castes and religions, we meet the four central characters of the novel, each of whom is engaged in the often gargantuan task of maintaining their often tenuous foothold and occasionally daring to hope for a better future.

“The morning express bloated with passengers slowed to a crawl, then lurched forward suddenly, as though to resume full speed. The train’s brief deception jolted its riders. The bulge of humans hanging out of the doorway distended perilously, like a soap bubble at its limit.”

I know that bulge. An evocative description indeed. And it is on that train within the first couple of paragraphs that we meet three of the main characters. Manesh, an only son, has come to the city to study, leaving behind his parents in their ailing business in the hilly north of India. He’s going to be staying with an old school friend of his mothers, Dina, and we will meet her soon. Omprakesh, whose father was an ‘untouchable’, murdered for caste crimes, is travelling to the city with his uncle Ishvar. They are tailors who will soon be working for Dina, who is looking for a way to maintain her independence from her brother after the death of her husband and thus the story begins with a rich tangle of culture redolent of India alone.

As the book progresses, and the lives of the four protagonists become interwoven, we are at once plunged into the minutiae of everyday life – the allocation of specific teacups, the use of the bathroom – and the broader picture of the terrible poverty of the underclasses in the slums, the, (strong word, but I’m going to use it), inhumanity of the caste system, the endless daily struggles to survive. Manesh, Omprakesh, Ishvar and Dina all have their own stories which are superbly told during the narrative of their co-existence. Each worthy of a novel in their own right, in this book they plunge you into various times and facets of India, and it’s in this experience of total immersion that Mr Mistry stands out in my mind as a writer – I can smell the chai and the dust, the incense and the cattle dung, the petrol fumes and the sabzi cooking rising from the pages. Outstanding.

I shan’t give away anything about the story itself, nor the ending. It’s all just too good for me to want to spoil it at all for you.

If you would like me to post you, (at my cost – this blog is all about sharing our Mum’s love of books),  this book to read and enjoy and either keep or, preferably, gift forward, then please get in touch either here or on the Mums Books Facebook page and I’ll send it. If it’s been claimed, this is seriously one for you to get hold of yourself, it’s a top notch book!

EDIT: Currently available; Testament of Youth, A Girl in Winter, One Night in Winter, and Edina, if you don’t send me your address soon….. Heat Wave.