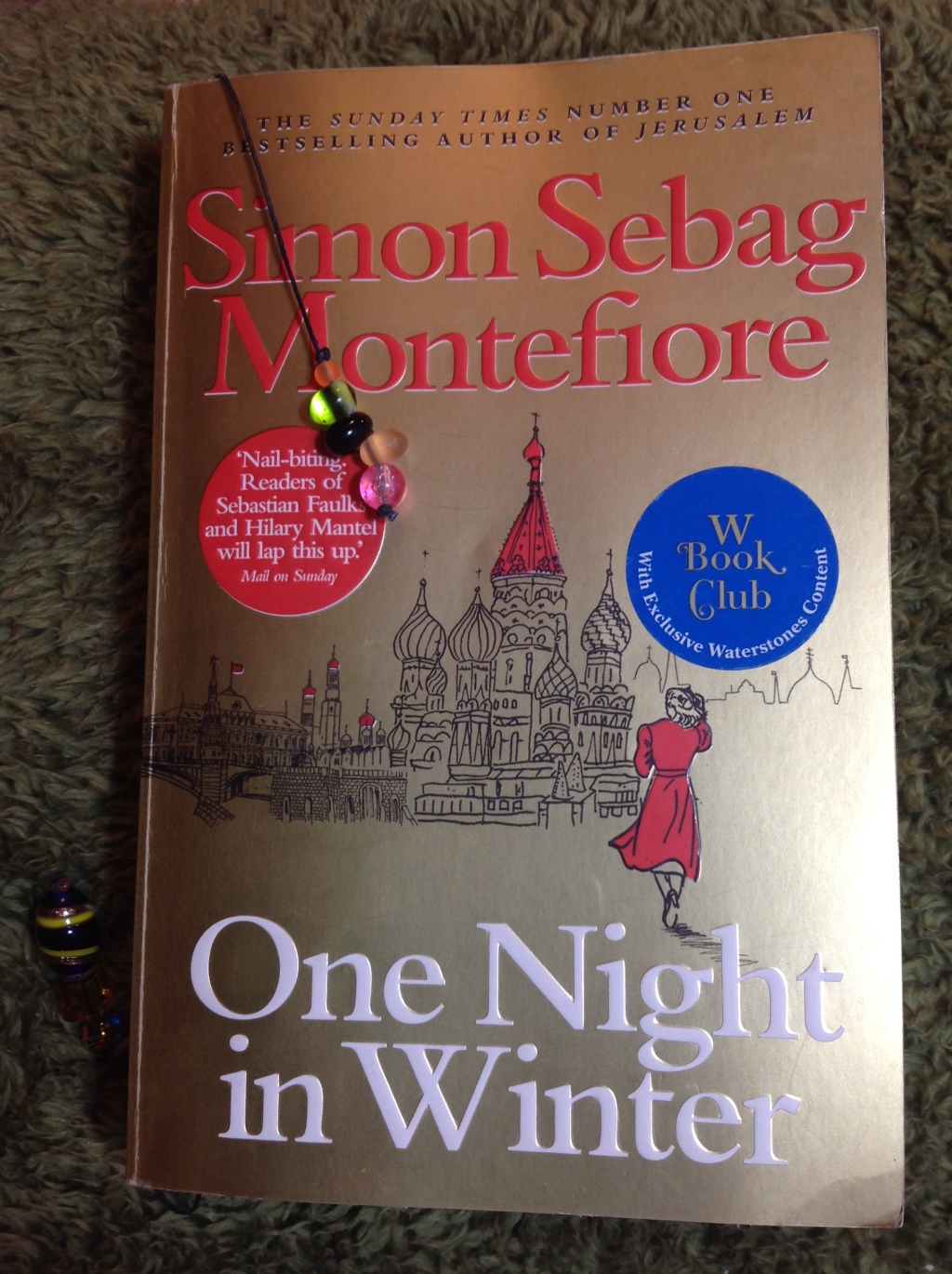 I watched several of Mr Montefiore’s TV series with Mum; we both enjoyed them as we agreed that he, although mildly pompous, was undoubtedly erudite, and presented his topics with an infectious enthusiasm. We especially liked ‘Jerusalem’ – a history of the Holy City, which Wikipedia tells me a film company has bought the option to to turn into a Game of Thrones style dramatic series about the city through the ages. Not quite sure how I feel about that, Mum and I shared a great love for GOT, never mind history – regardless, Mr Montefiore does most certainly seem to know his historical stuff. ‘Rome’ was another great series; I had fulfilled a lifelong ambition to spend time in the Eternal City early in the year this series was televised, and so found it more than usually interesting. However, I do have to say that if history, and more specifically, the history of Rome, appeals then you cannot go past Mike Duncan’s excellent podcast series, The History of Rome. Listening to that while making my own (solitary but no less triumphal) entry into the city on foot from five miles out along the Appian Way contributed enormously to a magnificent moment. And Mum approved my march wholeheartedly when I phoned her that night, whilst wondering how my feet were, bless her! But I digress.

I’d not come across this book before, nor indeed the other two Russian novels he has published, and I have really enjoyed it. It’s set in the post WWII Stalinist Soviet Union, which sounds exactly as I have always thought, a thoroughly scary place to be. There’s an almost seamless blend between a liberal sprinkling of historical events and the people who are known to have figured in them, and a cast of fictional characters to flesh the story out, and whom one can’t help but feel are probably very very accurately representative of the thoughts, feelings and actions of possibly countless unknown real people who lived through this (putting it politely) turbulent time in history. It is the central book of three in a series, and the cover boasts one line reviews from the major papers in the UK which heavily feature words like ‘gripping’ and ‘nail biting’. I read it in one sitting, no nails were bitten, but I did spend a lot of time thinking ‘that’s not fair’. Nothing is fair in here. And I find it interesting that I feel more compelled to write about how vicious this regime was than I’m inclined to write about the novel itself.

Put simply, the book pits the brutal power of the Soviet State machinery against the many forms the power of love can take. And does so rather well. Mr Montefiore tells us in an interesting appendix about the factual event that inspired the book – a case brought after a teenage murder/suicide shooting in Moscow against the children of the Kremlin potentates who attended the same school, obviously not because of any search for justice, but because Stalin realised the power this gave him over the parents, most of whom were members of his inner circle. Twenty six teenagers were eventually arrested, and held in the Lubianka Prison for six months, often in solitary confinement. Interrogated, and forced to ‘confess’, this was horrifying; their families fates were literally in their hands. In the book, the author explores the absolute terror of both the children and their families, neither of whom dared protest against the absolute power of the State aka Josef Stalin.  To quote Mr Montefiore, “what if this interrogation uncovered forbidden love affairs and the darkest family secrets, revelations that could lead to death and destruction?”. (There’s the huge clue to the ‘story’.) But, as the reader, one knows this scenario is set in a country and an era where people genuinely could simply disappear, and no one would dare to ask where they had gone. Even their children. Historians estimate varying quantities, but always in the millions, of people died as a direct result of Stalin, whether through purges, famines, or war. The Children’s Case, unfairly, did really happen.

However. On the bright side, ‘real’ people abound in this book, as we must be reassured they actually did. The love for life, literature, and freedom that motivates the children’s Pushkin teacher to sacrifice himself for them. The love, care and concern of Direktor Medvedeva, their headmistress, that made her secretly pay for the education of the son of a known dissident. The carefully concealed yet eventually foiled love between an American interpreter and a Russian student, daughter of a propaganda film star.

These are people we know must have existed, and these are the characters that bring this novel alive with the human values that ordinary people, not so very different from us, must have struggled with in this period in history. I must add that, as someone who genuinely doesn’t like going out much, and would prefer to be in bed by about ten pm, the idea of being summoned by Stalin to drink with him till daybreak and then go to work early to demonstrate my dedication to Bolshevism, especially when he has just ‘arrested’ my teenage daughter – it’s described beautifully in the book – well. Words, unusually, fail me.

I’m going to say that although it’s not a tough read like ‘Persian Fire’, equally it is not a ‘waiting for a plane’ book like ‘Ghost’. This is much better that it seems initially. It’s quite topical, what with the recent events in Salisbury. I’m going to look for ‘Sashenka’ and ‘Red Sky at Noon’, the first and third books. And, as always, if you would like ‘One Night in Winter’ in your library, please get in touch and I’ll post it to you. I’m pretty confident you will enjoy it, I did.