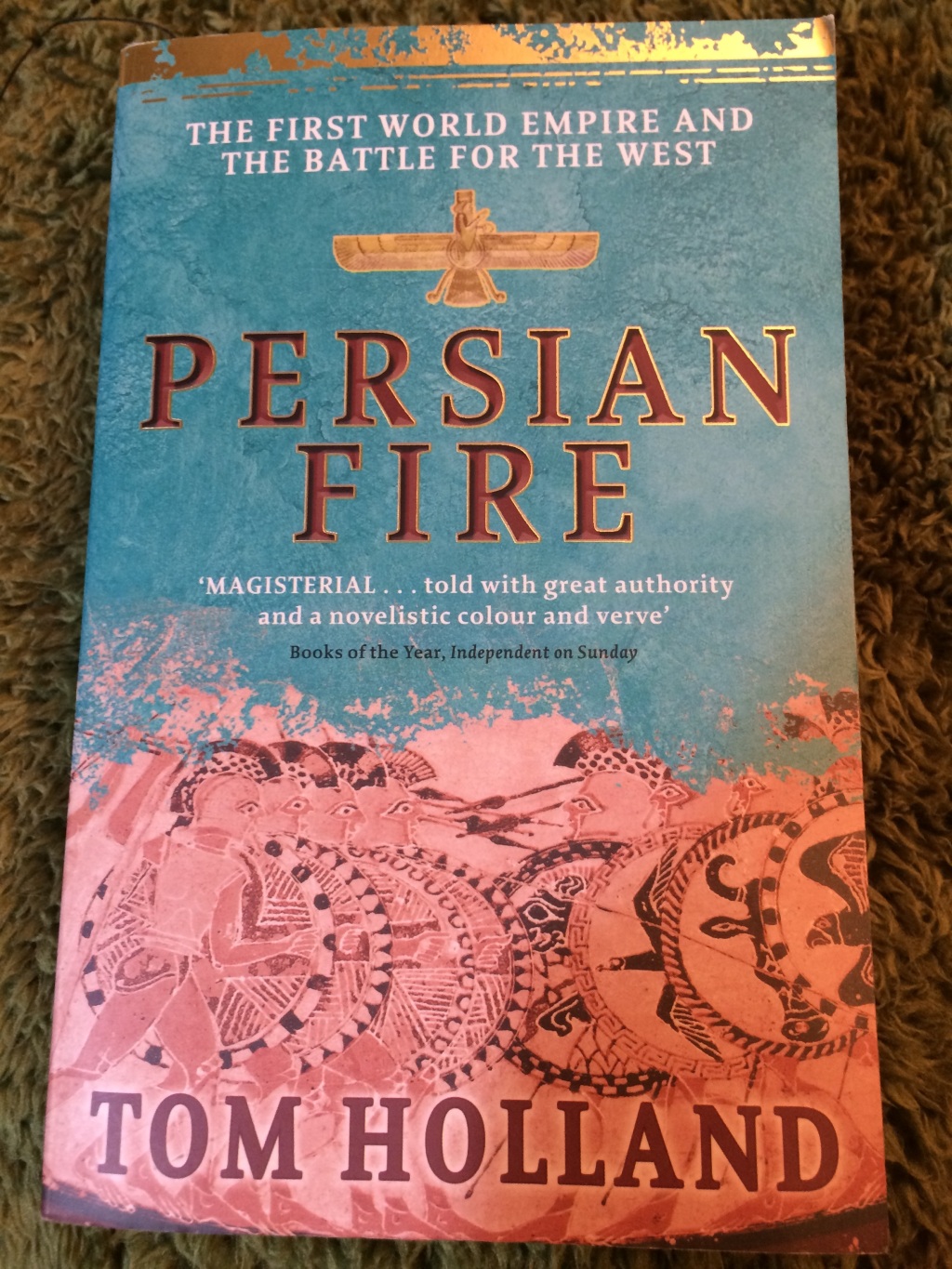 I’m not going to say this was an easy read, but I liked it a lot. It was a good way to absorb a much greater understanding of a period in history about which I knew very little. I would almost certainly re-read it. And, its one of the books which moved to the apartment from the house with Mum, so she definitely planned to revisit it – the first was April 2010. Mum had a lovely habit of popping her name or initials, and the date she completed the book into the ones she considered keepers, and in some favourites there are two or three dates. Others have places – the book I am reading now has ‘Crete ’93’ inside it, it’s one of her holiday books of which there were never less than three.

Goodness me, what a marvellous tome this is though! Definitely not a quick read, but striking a very clever balance between delivering solid history and fleshing it out so well that you find yourself wondering who will win the battles even though you already do….my knowledge of Greek and Persian history not previously being extensive, I genuinely wasn’t sure sometimes. (but we all know about Thermopylae if nothing else, thanks to 300 and Gerard Butler’s six-pack!)

The introduction draws the parallels between ancient and modern history, reminding us once again of the paramount importance of understanding history. The divide between East and West has existed for millennia. If the Persian attempt to conquer Greece had succeeded, the world we live in would be a very different place, not the least because who knows when democracy would have evolved if it hadn’t in Athens around 2500 years ago.

In the first half of the book, Mr. Holland reconstructs brilliantly for us the rise and rise of the first super power, the Persian Empire. Skullduggery, bloodthirsty warfare, treachery, incest, rape and pillage, betrayal, impalings, lots of them, greed; its all there. And then we reach its pinnacle; the Great King Xerxes. I have to say that the King of Kings looked more like a marcher in the Sydney Mardi Gras to me when I saw 300, but Mr. Holland gives us a skilled despot, capably wielding virtually limitless power across a vast empire. Its awesome.

And then…the war with Greece.  The famous battles, Marathon, Salamis, Thermopylae, but a host of twists and turns, political intrigues, the Spartans, the Persian sack of Athens…this part was particularly hard to put down as the principal characters spring to life, and the future of the world hangs in the balance.

A first for me, and I’m delighted to report that an investigation of the Wall of Books revealed another of his, Rubicon. Which I’m looking forward to.

EDIT; And Persian Fire has gone to it’s new home. What a read!